Located in the heart of the Massif des Vosges, the Rocher de Dabo culminates at 664 meters above sea level.

Emblem of the village of Dabo, this rock of pink sandstone gives a breathtaking panoramic view on the Lorraine plateau and the blue line of the Vosges.

The Rocher de Dabo overlooks a green nature, suitable ground for any type of activity. 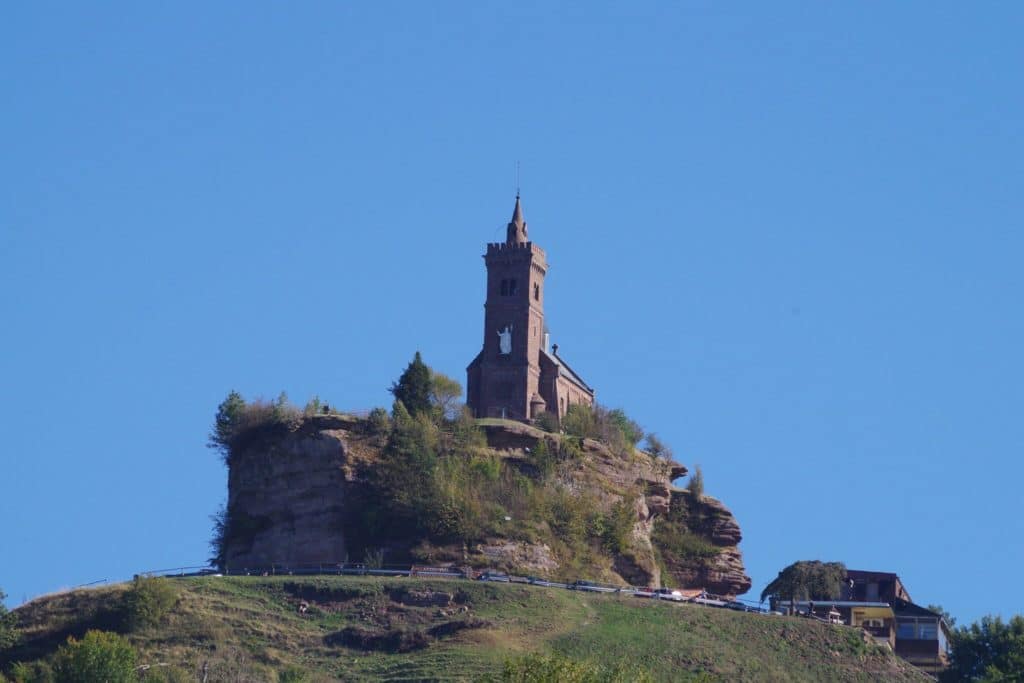 Formed 200 million years ago, the Rocher de Dabo was classified as a historic site in 1935.

The Rocher once hosted a medieval castle which was destroyed in 1679 by order of King Louis XIV.

The site now hosts a chapel in honor of Saint Léon IX. A first chapel was erected in 1828. But, following bad weather, it was demolished and directly rebuilt in 1889 in its current version.